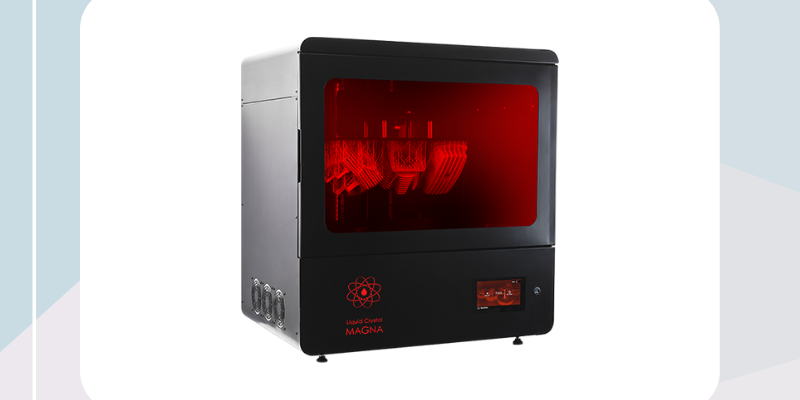 One of the successful and award-winning manufacturers of LCD printers and materials – Photocentric, has introduced the new LC Magna Liquid Crystal System.

LC Magna is Photocentric’s second largest LCD 3D printer. According to Siley Tipping, director of sales at Photocentric, the size of the new printer “sets new standards and makes it the best in almost every respect and will completely change the industry.”

The printer can now be purchased, with shipments starting as of late 2019. You can find out more about the printer in 3DBGPrint in Bulgaria. It is available in the showroom and customers can visit the 3DBGPRINT office to request a free trial.

Photocentric was founded by Paul Holt in 2002 as a stamp manufacturer. In 2005, Photocentric filed a patent for daylight photopolymerization process which later formed the basis of the company’s 3D printing technology.

The company released its first LCD 3D printer, the Liquid Crystal 10″, in 2016. Since then four 3D printers, including LC Magna, have been commercially released. For innovation in daylight photopolymerization, Photocentric won the Queen’s Award for Enterprise in 2016 and, for achieving outstanding overseas sales growth in 3 years, the award returned to the company again in 2018.

Photocentric achieved great success in 2019.
They won the prestigious 3D Printing Industry Award for “The best Resin 3D Printer (SLA/DLP/LCD) of the Year 2019″

The LCD Magna is capable of a production rate up to 10 times faster than its predecessor, the Liquid Crystal Pro. Depending on material used, curing speed and layer thickness can been anything from 3 to 8 seconds per layer.

The system has a 23.8 inch 4K Ultra HD screen combined with a custom backlight, contributing to an average print accuracy of within 50 µm, and model tolerances of less than 100µm.

A generous build volume allows LC Magna to batch print customized products within hours. Internal tests have shown that the latest LCD printer can produce 46 flat dental arches in one hour. In eyewear, 36 optical frames can be 3D printed in one build within 12 hours.

For more details you can contact the Bulgarian representatives in the person of  3DBGPrint.