How we 3D printed Patriarch Evtimiy 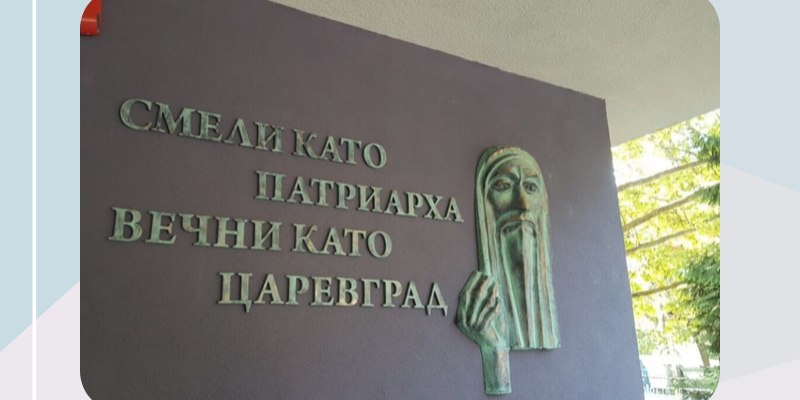 Imagine that the solid sculpture you see right in front of you isn’t in fact a sculpture and is not solid at all. And now I want you to imagine that this sculpture is actually printed. Yes, you heard me right – printed.

Nothing is impossible anymore, with the invention of 3D printing. You would think that it weighs a lot, but it doesn’t. It’s just an optical illusion. Welcome to the 21st century! Today we will tell you one such story and will show you how it came to happen. Read carefully!

First, let’s introduce ourselves to 3D printing. If we have to make the exact definition, it says: “3D printing is a modern technology for printing a 3D solid object of any shape using a digital model. It is implemented as an additive process, by applying successive layers of material to form the desired object. “

In other words, you can print almost any item you can touch. Of course, we will also explain which industries are most commonly used and what are the needs of 3D printing so far.

In general, this printing technology began in the 1980s in the areas of product development, data visualization, prototypes. But the big hit with 3D printing started after 2010, when the need became very urgent, especially in architecture, construction, industrial design, automotive, aerospace, mechanical engineering and many more.

How does a 3D printer work?

Veliko Tarnovo’s Primary School St. Patriarch Evtimiy welcomed the new school year with a brand new sculpture of its patron which was created with a printer. The reason for this new addition to the building of the school is the 50-year anniversary of its establishment. Initially, the primary school was named after Vela Piskova (a Bulgarian schoolteacher) but in 1990 St. Patriarch Evtimiy Tarnovski became the school patron and its name was changed.

In a way, the school started its second life in 1990 and so became the first school introducing early foreign language education at the primary stage in school year 1990-1991. Then there came the remarkable achievements and prizes won at Olympiads at the municipal, regional, and national level.

The school was always developing throughout the years, but a very important thing was missing – a sculpture of St. Patriarch Evtimiy. A visual representation of this distinguished clergyman could serve as motivation for the young students and lend an air of intellectual integrity to the school.  And so with the approaching start of the new school year, September 15, and of its 50th anniversary, Primary School St. Patriarch Evtimiy decided to turn to the professionals working at 3Dbgprint and ask them to create the most important element missing from the school.

That was the beginning of the creative process. At the earliest stage, a sculptor created the gypsum bas-relief of the patriarch. Then the object was scanned and all textural errors were removed. When the file was ready, it was submitted to the professionals at 3Dbgprint, representing the Dutch company Builder in Bulgaria. They were involved in the completion of the most important stage: the printing.

The 3D printer chosen for the task was the large-scale Builder Extreme 1000.

This 3D printer is used mostly to print prototypes, various tools, works of art, models, requisites, and statuettes. It is the ‘small brother’ of Builder Extreme 1500 and Builder Extreme 2000. A common characteristic of all these printers is that they are not desktop printers. All of them are more than 1 meter high and designed to create large prototypes. Printers like these are used in the automobile industry, the aviation industry, the cinema, museums, in art, architecture, etc. Quite impressive, isn’t it!

Printers like these are used in the automobile industry, the aviation industry, the cinema, museums, in art, architecture, etc. Quite impressive, isn’t it! Before starting the printing process, it was only natural to decide what the fill density of the object would be, in our case that of St. Patriarch Evtimiy’s bas-relief. Normally, if the object is not going to be subjected to mechanical stress, it is made with minimum density. In this case, the sculpture of St. Patriarch Evtimiy does look quite solid, but its fill density is minimal. It does not need to be dense on the inside.

Having decided on all of the details, the printing experts could move on to the printing process and then to the submission of the bas-relief to the sculptor for post processing.  The object was printed in parts. It was later assembled by 3Dbgprint.

The entire creative process, from the sculpture through the scanning to the printing and post processing, took only 7 days. The good news is that after only 7 days of work, the entire school faculty and all of the students of the Primary School St. Patriarch Evtimiy will be able to enjoy the wonderful sculpture. Congratulations and good luck!

Article uploaded to the site of Engineering Review Magazine.