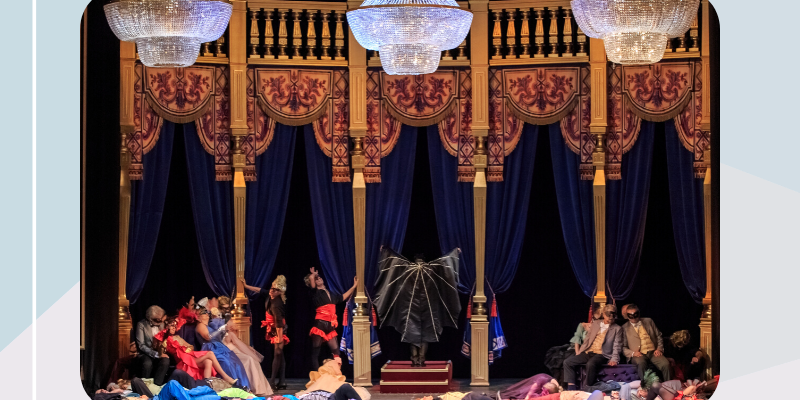 The Musical Theater in Sofia appeared with a new innovative 3D printed décor. Such an innovation is implemented for the first time in Bulgaria. The pride of the theater is a new production called “The Bat” which captivates with a classic décor – made by 3D Printing.

The idea of this innovation comes from the set designer Ivan Slavov. His idea is to create a décor that would be contemporary but also used for a long time. So he came to the idea of 3D printing and decided to discuss it with the experts of 3DBGPrint. They made a brief consultation if 3D printing could be applied to the scenery. The experts of 3DBGPrint are optimistic about the innovative project and decide to make this bold step.

In the end the projects starts in early August and there is plenty of work ahead of 3DBGPrint and the main set designers. They wanted everything to be ready for the “Bat” Premiere in October.

The first work is in front of the 3D artist who has to manage the scenery on time and take it to the 3D workshop for the main purpose – the making of the elements.

The overall information is that over 200 pieces are printed on time. Over 10 identical printers were being used to their full capacity in order to make it happen.

The printers are 3DGence Double P255 – a professional 3D printer with dual extruder and dual material printing technology – essential and supportive for the production of high quality and sophisticated details.

The 3D printing material is also essential and specially selected. The final decision is the Fillamentum Gold to be used. Fortunately the 3DBGPrint team manages to build all 200 items on time and take them to post-processing.

After all, “The Bat” project has its successful completion at the end of September. Now all the spectators can go and watch it in the Musical Theater in Sofia. You can also take the pleasure to see the spectacle and the incredible innovative scenery. Enjoy!

You can watch the new production on the stage of the Musical Theater 100 years after its first premiere in Bulgaria! The first premiere was in 1919 in the Free Theater. The work of the famous Austrian composer – The King of the Walts – is on stage since its premiere on April 5, 1874 at the An Der Wien Theater in Vienna. It has earned the status of a classic operetta and is often played in opera theaters.

The Bat is a classic dance operetta in which the love passions and the family problems are revealed. Also there are wonderful melodies of waltz, regiment and quadrille. The plot is about love and jealousy which challenge the marriage. The melodramatic and comedic style combined with the beautiful music of Strauss, make the feeling of celebration and lightness.