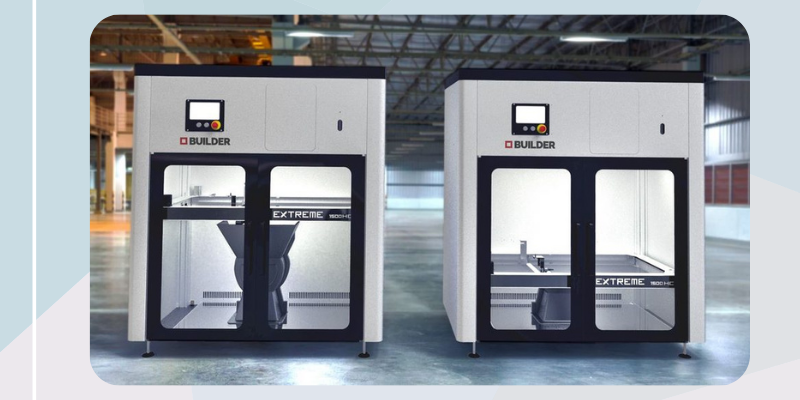 Extreme 1500 HC is a large-scale 3D printer based on FDM technology. Specially designed for printing materials of industrial class such as ABS, ASA, PET-G, Nylon, PAHT CF15 and others.

Known for its professional and affordable widescreen FDM machines, Builder initially entered the 3D printing industry with its Dual-Feed and Big Builder systems before upgrading its machines with its Builder Premium line.

The latest addition to Builder’s Extreme 3D printer range is the Extreme HC, which as the name suggests features a heated build chamber. Coupled with a build volume of 1100 x 500 x 820, the machine enables large-scale 3D printing with industrial-grade materials like PET-G, ABS, ASA, PC, CF15, and more.

The Extreme 1500 HC’s extruder has a maximum temperature of 300 degrees celsius and is water-cooled, while the heated chamber is heated up to 70 degrees celsius in order to facilitate the easier printing of materials such as ABS and ASA.

Capable of printing up to 200 millimeters per second depending on the geometry and size of the part, the printer has a mono print head with three nozzle diameters, 0.4 mm, 0.8 mm and 1.2 mm. The machine also features a 7-inch full-color touchscreen display and built-in camera to allow users to watch their prints live from their desktop or mobile devices!

3DBGPRINT IS THE OFFICIAL PARTNER OF POLYMAKER FOR BULGARIA
February 21, 2022