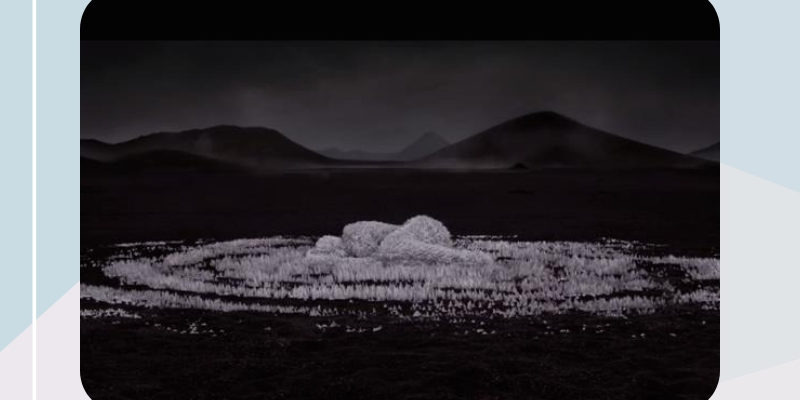 Within the 3D printing fashion world, we have to say that one of our favorite collaborations has been between Game of Thrones actress Gwendoline Christie and Dutch fashion designer and 3D printing pioneer Iris van Herpen. As some of our readers will recall, Christie starred in one of Iris van Herpen’s shows last year, lying still while a robotic arm 3D printed a dress onto her. The presentation, which was just as much performance art as it was fashion, seems to have inspired a second collaboration between the two women along with fashion photographer-director Barnaby Roper.

The recent project, which was just released, is a short film entitled “The Dress” in which the stunning Gwendoline Christie is trapped, wrapped, and enveloped by a constantly changing and shifting 3D printed dress. The film, which lasts just 3 and a half minutes, features designs by Iris van Herpen and was filmed by Barnaby Roper.

Iris van Herpen, for those unfamiliar, has been a force within the merged worlds of fashion and 3D printing. In fact, the Dutch designer was the first person to ever send a 3D printed dress design down the runway, and that was in 2010. Since then, she has made a number of stunningly exquisite 3D printed garments largely inspired by organic and naturally occurring phenomenon.

It is quite fitting then, that in the short film, the dress itself comes alive, virtually surrounding and almost consuming Christie, who wears the digitally animated garment with undeniable fierceness. The texture of the garment, for its part, though digital, still bears the undeniable traits of van Herpen’s signature 3D printed style.

As Roper explains about the project, “I wanted to explore the idea of a morphing virtual dress, and after meeting Iris I quickly understood that her designs are organic, their structures taken from nature. So despite the film being very heavy in post-production, the texture of the garment has to be fluid and feel like it was from nature. I wanted to show the dress of the future—to have it literally growing out of the ground.”

The film is not only fashion inspired, but showcases a strange and dark world, in which Christie seems to exist alone with the fibrous and shape-shifting dress. At the beginning of the film, it seems almost as though the actress is born into the dress, as though it is the garment bringing her to life. By the end of the short piece, Christie seems to have been consumed by the dress, even becoming part of it. The whole thing is really entrancing and amazing, and we can’t wait to see what Iris van Herpen and Gwendoline Christie come up with next!