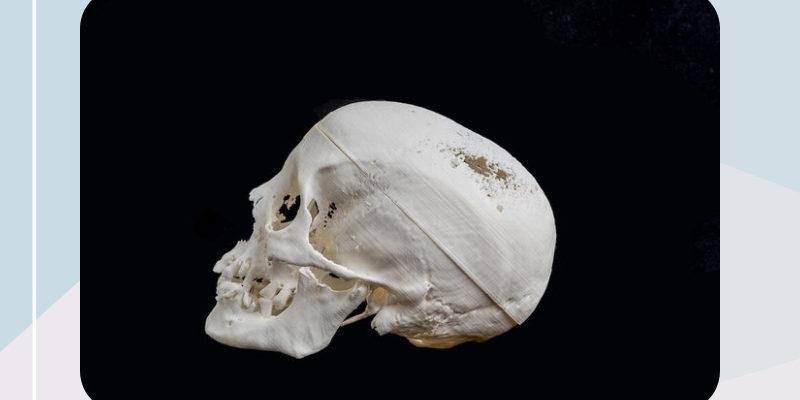 An Egyptian mummy’s head and face have been reconstructed with forensic science and 3D printing, offering scientists a tantalizing glimpse of the individual’s life and death.

The mummified head was discovered by accident in the collections of the University of Melbourne in Australia. A museum curator happened upon the remains during an audit and, concerned about the state of the specimen, sent it for a computed tomography(CT) scan.

“Turns out, [the skull] is actually quite intact; it has got bandages and looks well on the inside,” said Varsha Pilbrow, a biological anthropologist in the University of Melbourne’s Department of Anatomy and Neuroscience. “Of course, that then allowed us to think what to do next.”

With the help of an imaging specialist, Pilbrow and her team used the scans to create a 3D-printed replica of the mummy’s skull. Then, the scientists studied the specimen’s facial-bone features, such as the size and angle of the jaw and characteristics of the eye sockets, to determine that the head belonged to a female. The researchers are calling the specimen Meritamun. They say she was probably not more than 25 years old at the time of her death and was important enough to be mummified.

“It is quite fascinating that we did all of this without destroying the specimen in any way, and that is important from a museum curatorial point of view,” Pilbrow said.

The true origins of the mummified head are still unknown, though. Scientists think it belonged in the collections of Frederic Wood Jones, a professor who conducted archeological work in Egypt before joining as the head of anatomy at the University of Melbourne in 1930. From the distinctive style of the linen bandaging and embalming of the specimen, the researchers think Meritamun was mummified in Egypt and that she may have lived at least 2,000 years ago. They will now use radiocarbon dating to date the specimen more precisely, the scientists said.

Meanwhile, the CT scans and 3D-printed replica of the skull are revealing other details about Meritamun, including her dental abnormalities and diseases she might have had.

“We noticed that the top of her skull is very thin. It is extremely porous,” Pilbrow told Live Science. “It suggests that she would have suffered from severe anemia.”

A deficiency of hemoglobin and oxygen would have led to the swelling of bone marrow — as it tried to produce more red blood cells — and thinning of the skull bone, Pilbrow said.

“Anemia and dental pathologies were quite prevalent among Egyptian populations,” Pilbrow said.This provides just one possible clue about how Meritamun died, but Pilbrow and her co-workers are continuing to dig into other factors that may have cost the young woman her life.